Today, write about a loss. The twist: make this the first post in a three-post series.

Who knew they wouldn’t be together any more? Neither of them did. Though they had fought previously in the past too, but this time, they never got back , for the first time he meant ‘forever’ when he said. 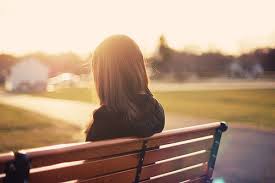 She was sitting alone on the bench of the park where they used to walk together, lost in his memories, dried-off tears in her red swollen eyes tired of crying trying to forget him. The harder she tried, the harder he was missed. Though she didn’t want to, but she did. Such are some relations that leave you broken to bits yet it is all that you need, all that you want. Though he is a pain to her but unfortunately he can only heal it. Though she knows they can’t be together but this is all she longs for. Not just in the park or the places they had been to together but everywhere, every moment, every day, she missed him.

While she missed being with her, she rejoiced the time spent together, there were some questions always on her mind which daily did haunt her..?? She kept thinking to find the answer to “What was her fault?”, “Why did he leave, when he promised he never will?”, “What has brought the distances between them?”, “Isn’t he bothered about me now or was he ever since the beginning not?”, “Have I changed or him or both of us? and such similar questions but she couldn’t see any fault in him and thought it was all her fault, but what? She was helpless & restless about finding her own faults but she couldn’t because the truth was that it was he who was at the wrong end & not her but she didn’t want to accept that. Her blind faith, trust and love for him didn’t allow her to. I hope, some day she will. 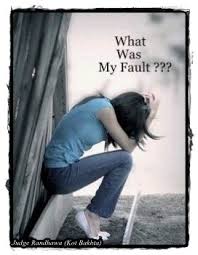 Trying to find her faults, she fell asleep or shall I say unconscious being tired of over-thinking, as she didn’t know what, why & for how long she thought and when was she off to sleep. This somehow became her routine. Sad and tragic but this is it.

For the rest of the story, please wait till I put up a link or Ping Back…(as I am to post just part-1 today)

P.S. Thanks a ton to Google for the images. It always provides insight and vision to my writings.