In continuance of Serially Lost and in response to Serially Found –

While she fell asleep, she still had those thoughts and questions hovering in her mind, troubling her and not allowing to have a sound sleep. Probably, she didn’t have in in months now. But, as they say, there are limits to everything, so had her pain and suffering. And, the limits were reached. It was high time that she had been going through all this mess that she certainly didn’t deserve.  What was required doing was introspection, but she wasn’t in a condition to have realized that herself. Thank God, she had a dream..A dream that was a flashback..A flashback of the entire happenings and consequences as of now. It was then she realized while conversing with her own self in her dreams that what went wrong?

There was an “Evil Her” dressed in black and a “Good Her” dressed in white while, she stood in the middle listening to what they had to say. Both had their own opinions, they had their own say and she kept calm and silent peacefully trying to understand what they had to say. It was then that she could formulate her opinion, she had her answers, she knew where she was wrong and vowed to herself to stop doing it and mend the situations she faced. It was she herself who could help her and no one else. She was at fault by caring more than what he deserved. To love selflessly is no wrong, but to have loved a ‘him’ selflessly was wrong as he didn’t value that so he didn’t deserve it. And, it wasn’t him that troubled her but her being stick to him and his memories that caused the pain, so she decided to move on.

She decided to be strong and accept the things as they are. She decided to let go of what she can’t control. She decided to be patient enough to wait for what she truly deserved as now, she was confident that one day she will be valued for her care, concern and love. And, the one who values will be ‘The One’. A dream of her’s awakened her to reality. In a dream, she found all her answers. In solitude, she found bliss. In loneliness, she found happiness. 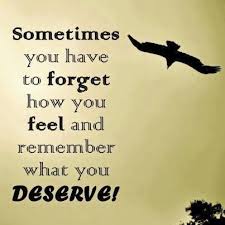 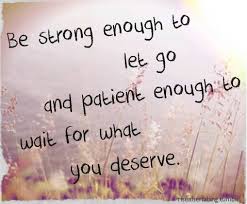