You’re told that an event that’s dear to your heart — an annual fair, festival, or conference — will be cancelled forever (or taken over by an evil organization). Write about it. For your twist, read your piece aloud, multiple times. Hone that voice of yours!

Since it is Dusshera (Vijay Dashmi) time in my country, India, I remember  an incident  of my childhood that suits to today’s prompt.

To begin with, those who don’t know what Dusshera is, I would like to throw some light on that. Dusshera is the tenth day of the Navratri, one of the biggest festivals celebrated in India. It marks the victory of the good over the evil as on this day Lord Rama and his forces emerged victorious over the ten-headed demon kings Ravana, his brother and son Meghnad & Kumbhkaran. Also, Goddess Durga had killed the demons after a long battle. For more details, click here.

A glimpse of the celebrations in India – 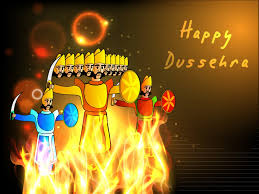 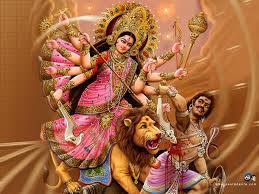 Now, coming back to my narrative, being children who had not entered their teen’s, my siblings & I were too excited to go to the Dusshera fair. We had read in the books and heard a lot from our grandparents about this festival & fair and this doubled our excitement. Obviously, it was a chance to visualize all that we had heard & read. Moreover, the ice-cream treat after the fair ended & the ride with dad were the other attractions. And, this all was being planned from a long time and the countdown started on the first day of Navratri (the nine-day festival). Our elders could get any work done by us in the name of fair. As kids, we did also but now it seems to be a stupidity. But then this is probably the fun & charm of being kids. They are so pure at heart. They find happiness in the smallest of the pursuits and while growing up we forget that art, but we still say, we have grown up. Ironic, isn’t it?

Any ways, the fair. Yes, everything went as planned until the ninth day when we got to know in the evening when dad returned home that we would not to be able to go to the fair tomorrow as he had to leave  the town that very night owing to some medical emergency with some relatives. I was too small to understand what went wrong. All I could gather from the discussion was that dad had to leave & so we won’t be going the day after as my mum could in no way handle the ‘little us’ alone in that rush created by large masses & mob. So, we were disheartened but and sad.  That night mom got busy with dad’s packing and stuffs and by the time she got free, we were asleep. The next morning was a terror for mum. An outburst from her kids, say a minute revolt. We shouted and cried that how can you people not fulfil what you promised? We were adamant for our demand of going to the fair. Mom had to put in more effort than she though to be able to convince us and make us smile. But, for some obvious reasons, she succeeded. You know, how mums are.

So, this was the incident when we had our voices loud enough to break the mirrors. Looking forward to some such incidents from your end too. Feel free to share.