A man and a woman walk through the park together, holding hands. They pass an old woman sitting on a bench. The old woman is knitting a small, red sweater. The man begins to cry. Write this scene.

The environment at home wasn’t peaceful at all. Krish was not feeling well rather was grief-stricken. The memories of his parents disturbed him a lot. Most of his time was spent in his parent’s room after they died in a car accident. It’s been a week since he last stepped out of the house. Krish’s wife Aanya thought of taking him out for some change, be it his mood, his thoughts or the environment. She planned to go for a walk in the evening. It was difficult to convince Krish but she did. So, they were out for a walk in the nearby garden. 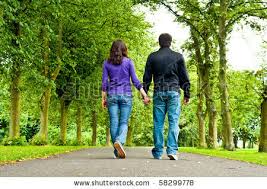 Aanya was herself too was upset with this irreplaceable loss but she was more worried about her husband Krish who once was a very jolly and easy going person, who lived to laugh & spread laughter has not even smiled since that day. By hook or by crook, she wanted that lost Krish back. She wouldn’t leave any stone unturned for that. They were walking through the park, holding hands together, and they crossed the bench where his parents used to sit and take rest while they came for a walk as a daily routine and they both knew this. Krish couldn’t control the tear drops from his eyes to fall. Aanya tried to explain that what has happened has happened and can’t be changed. Just as this bench is lying empty but you can feel their presence around, similarly,the space in our hearts is vacant but their blessings will always be with us. It’s not the ‘Presence’ but the ‘Essence’ that matters. And, I am sure even they don’t want to see you upset and distressed. Krish understood what Aanya meant. They went and sat on that bench for some time observing the activities in the park, the playing children, the lush-green gardens and their the feel of their presence. Being each other’s strength was their strength. 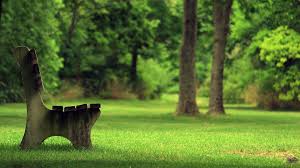 An old lady was watching all this sitting on a near-by bench who had probably recognized them to be Mr. & Mrs. Khanna’s son and daughter-in-law. They were her companions somehow. Seeing the young couple, she did have a reminiscence of her husband and the times they walked together. She was both happy and sad. Happy to see Krish and Aanya together and for the fact that they were such wonderful and lovable children and sad at the loss that they all faced. 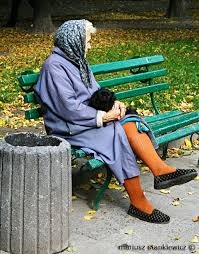 Suddenly, both of them got up from the bench and started walking towards the old lady. Krish knew that she felt lonelier. And, as was Krish’s nature to spread smiles, he was back on track and managed to lent a smile to that old lady who was lost in her memories.

They all walked together to the parking area where Krish and Aanya had their car parked. Krish suggested to drop her on the way. And while on the way, they planned to come to the park together daily. Some how, this way their mutual emptiness was being fulfilled.